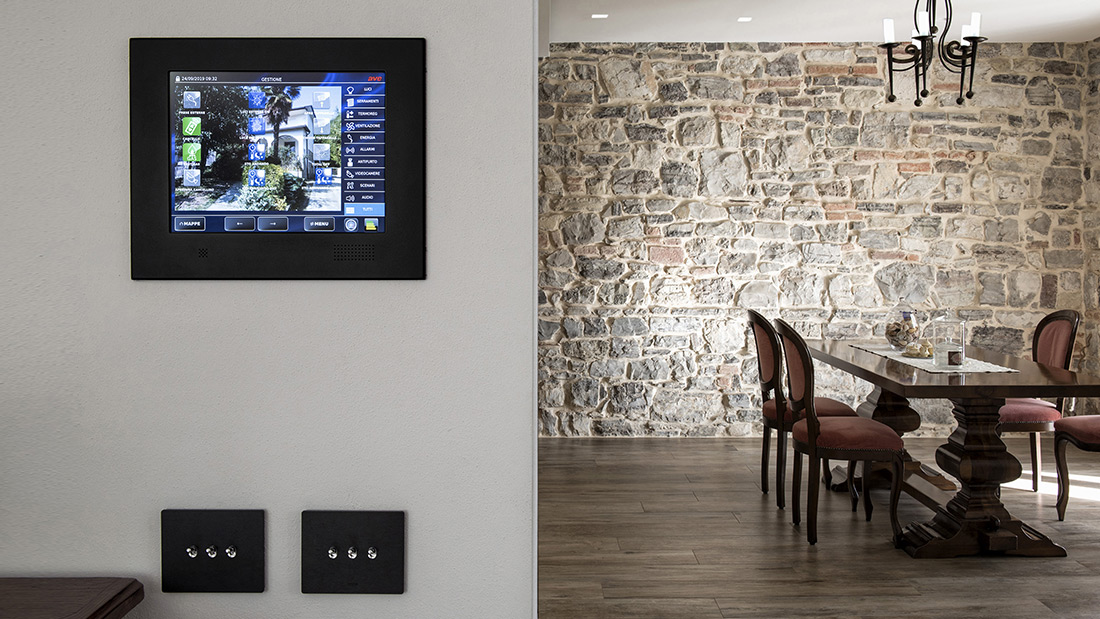 Posted at 14:04h in Design, Uncategorized by admin
Share

After rediscovering the on/off toggle system and making it topical again, AVE projects it into the future by bringing it closer to the world of home & building automation, offering original designs to customize smart systems through three different command lines with coordinated front plates in noble materials:

In addition to the aesthetics, the AVEbus and KNX home automation toggle controls also stand out for the integrated technology. Most of the buildings and homes’ applications and functions can be controlled: lighting, shutters, alarms, ventilation and air conditioning, energy optimization, scenarios, etc. The KNX toggle controls also introduce the revolutionary multi-action function, which allows you to recall multiple actions simultaneously, as if there was a native scenario in the button.

The LED backlight of the toggle can change colour (configurable as blue, green and purple), in addition to the feedback status of the controlled load (red). In this way, depending on the chosen version, it’s possible to report the status of loaded commands, presence of alarms or simply repeat one or more calls, while giving prominence to the system and ensuring full recognition of the controls even in the dark.

The launch of hotel automation toggle controls represents a precise choice from AVE, to meet the most demanding customers that love the details. In addition to its strong commitment to technology, AVE has focused on aesthetics, proposing refined designs, especially in materials, combining tradition, innovation and, above all, celebrating the personality of those who match them with their hotel interiors, as a true signature of style.

Are you interested in AVE toggle switches? Ask for information»