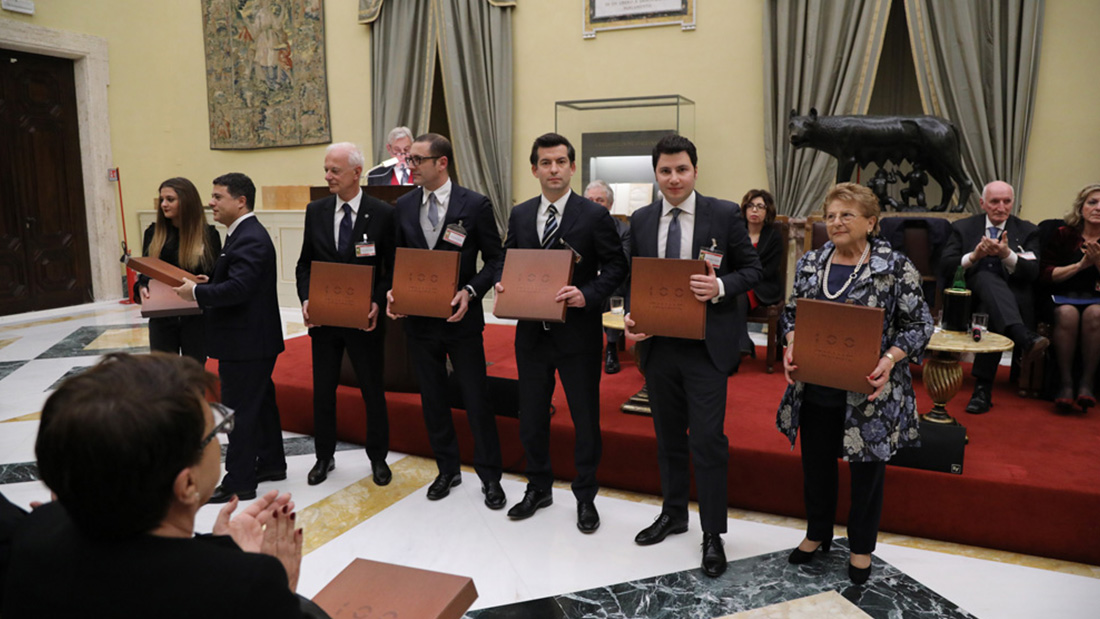 Held on December 1, 2016 in the Palazzo Montecitorio, Rome, the awards ceremony included AVE among the 100 most prominent Italian excellences. This prestigious award elected AVE among the leading protagonists of virtuous Italy, that aims to give value to the Made in Italy as a national and international heritage.

Promoted by Riccardo Dell’Anna publisher, “100 Italian excellence Award” refers to the complex substrate of uniqueness that define the Made in Italy, that contemporary Italy where innovation, tradition, courage and creativity aren’t pure suggestions, but meaningful cultural qualities. During the event was also presented the “100 Italian excellence” volume, where are described the stories of these important realities and the AVE’s one.

First Italian manufacturer of electrical equipment, AVE is an Italian company leading the international scene of the high quality electric and electronic equipment producers. In recent years, the Company has given a greater improvement toward absolutely innovative solutions achieving over 200 important patents and a lot of awards, including the “Compasso d’oro” for Design. Design is AVE production strength and the symbol of qualitative and prestigious Made in Italy.

Today AVE is a growing reality that exports to over 70 countries and is present in various countries with sales subsidiaries and industrial joint ventures. AVE products have been installed in homes, offices and companies in Italy and in more than 100 countries.

100 Italian excellences represents a prominent award for Made in Italy, an added value on which AVE has always believed, through which it has built its business philosophy.